Less-than engaging. While this is based on a true story about the most outrageous coast-guard rescue in the 20th century, this adaptation did not deliver the kind of dramatic cinematic experience that should accompany an intense life-threatening story like this. It’s slow (rather methodical), and the dialogue at large is weak and seems to be missing in action. Squeaky clean and neat-to-a-flaw, the narrative is less-engaging. Sadly, A-list actors like Chris Pine, and Casey Affleck didn’t have much to work with, and the ending was nothing short of a cheat.

Admittedly, the film exhibits some true-to-life scenarios that were reflective of life in the early 1950’s:  Innocence in love Bernie Webber and Miriam (Chris Pine and Holiday Grainger), where Webber is so shy Miriam proposes. Both Webber, the captain of the small Coast Guard Vessel that is sent out to rescue the survivors of the the S.S. Pendelton and Pendelton’s chief engineer, Ray Sybert (Casey Affleck) show very little expression (internalize), while making moment-by-moment crucial decisions.

“Bringing a wooden 36-foot motor lifeboat alongside a freighter in mountainous seas is near impossible without placing your crew in grave danger. Yet, that is exactly what Webber and his crew did. With the light from the small searchlight and timing the movement of the swells as they rolled through, Webber and his crew approached the stern of the floundering vessel more than 30 times to extract the survivors, one by one.” (60th Anniversary of the Pendelton Rescue)

According to the “actual” story, Webber had no idea what he was doing, nor did he really expect to live through the attempted rescue.  When the compass is lost, and the boat is tossed around in the violent ocean, Webber is left to instinctively find the ship that had split in two.  One of the biggest issues in the film is with Webber’s character.  He doesn’t ever change.  There is no apparent arch, nor does he display any sense of emotion during his journey — a journey that should reveal a fierce internal and external battle for survival in impossible circumstances.  However, Webber does not show this kind of raw emotion, but very methodically finds his way through a treacherous sandbar and out to a treacherous sea in search of survivors.
In the book, The Finest Hours: The True Story of the U.S.,
written by Michael J. Tougias and Casey Sherman, Bernie Webber was the son of a preacher, who did not want to follow in his father’s footsteps.  In fact, he just as he was about to run away from school, a childhood friend crashed his father’s car, and was looking for a place to hide. Webber helped him out by hiding him in his room, and stealing food from the cafeteria for him to eat. While the boys were caught, they didn’t ever suffer the consequences, because they returned back to Milton (their hometown).  According to the story, “The Reverend Bernard A. Webber struggled to understand the actions of his wayward son as young Bernie quit school and continued to drift.” Quite a different picture from the shy, reserved, obliging Coast Guard Captain, who seems intimidated by his superior.
https://youtu.be/R-XsppzuH-k 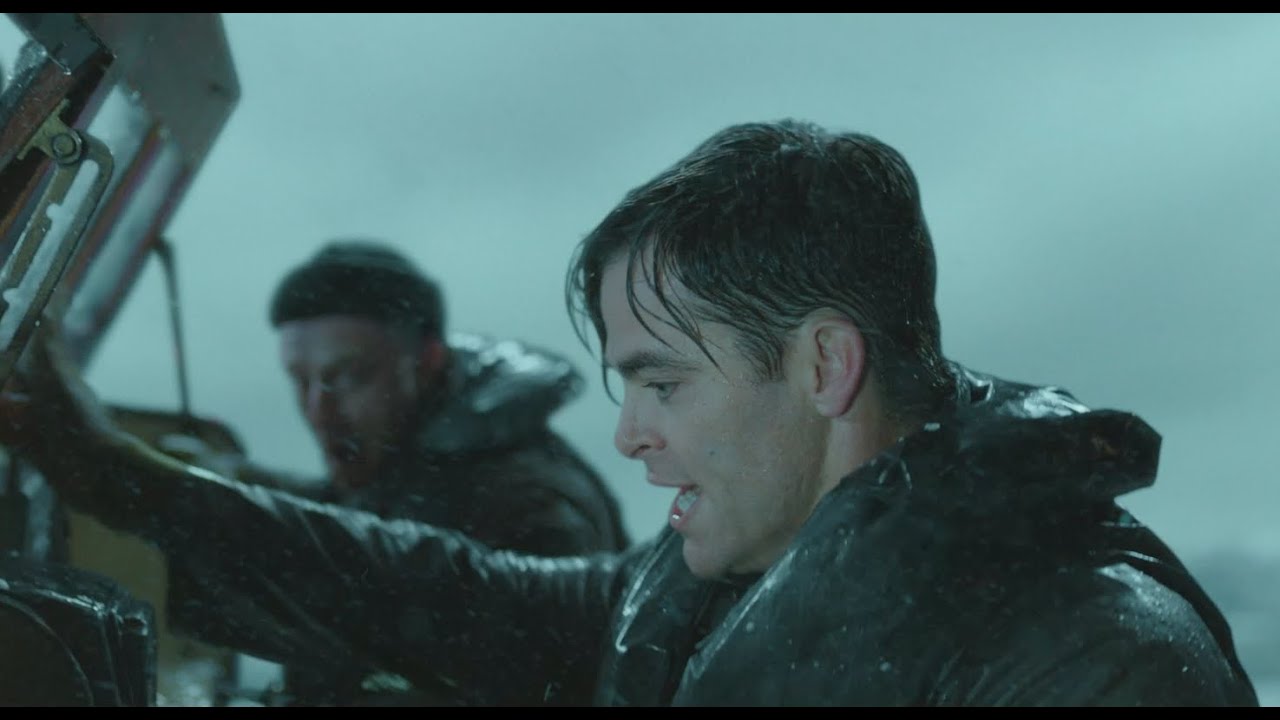 Probably the best two things about this film are the tanker’s engineer, Casey Affleck, a character that was completely fictionalized,  and the insanely turbulent storm visuals created by cinematographer, Javier Aguirresarobe.  It’s man vs. the sea, and those moments are clearly defined visually on the screen with special effects, and a 3D option, that really isn’t necessary.  Indeed, the cinematography is well-played, for those “few” moments can leave you unnerved and holding onto your seat, in fact those moments somewhat carry the story, but that only lasts so long.

The ending is also problematic.  Once the men are successfully rescued, the trip home is a piece of cake.  While there are dozens of cars beaming their headlights toward the dark, stormy ocean, there is no real celebration of their arrival.  The men just methodically get off the boat and go home…men that also should exhibit some froze-bite and/or hypothermia.

According to history: “USCGC YAKUTAT’S MOTOR SURFBOAT RESCUES SURVIVORS FROM BOW OF SS FORT MERCER: Coast Guard rescuers in a motor surfboat carry blanket-wrapped master of tanker SS FORT MERCER, Captain Frederick C. Paetzal (far side), and purser, Edward Turner, Jr., to safety of the Coast Guard Cutter YAKUTAT.  The two survivors were plucked from the water after they jumped from the tanker’s bow section.  Captain Paetzel suffered from pneumonia and frost bitten hands and feet.”

In the final analysis, this film, though somewhat entertaining, is another adaptation that isn’t sailing in the right direction. When you use elements of nature being used as the sole catalyst to drive a story forward, it doesn’t work. Those elements are only a “part” of the action. The audience must connect to the lead characters, and that is an issue with this film, especially since the two lead characters are men that merely internalize their stress and decision-making process.  Perhaps, sticking more to the “real” story would have been a better option. Fictionalizing a “true” story can be risky.

Read about the original rescue:

How close is the film to history?  Check it out: