A story without conflict is a story that’s going nowhere.

The bottom line…if there’s no dramatic conflict, there’s no drama.  Even in comedy (which is drama with a twist), there is conflict. Remember the comedy The Hangover?  It’s conflict haven! While the film itself doesn’t do much for me, it is certainly filled with conflict and obstacles. 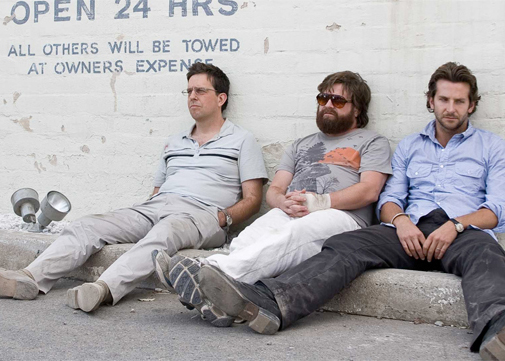 Now, I should probably share that conflict is not really the same thing as an obstacle.  By definition, conflict is: an argument, a disagreement (often long-lasting), a conflict of interests, a clash of opposition (like wishes or needs), a dispute, a quarrel, a struggle, warfare, etc.  Obstacle is:  a thing that blocks one’s way or hinders one’s progress. Such as an obstacle to achieving a goal.

In a screenplay, an obstacle is any resistance to the main characters want or desire.  Now, want or need creates action, so it’s imperative that you define your character’s need early-on.  When obstacles occur and work against each other, they create dramatic conflict, and this is GOOD!  Here is a life example:

The roofer’s ladder fell over and he has to go to the restroom in the worst possible way. All of the other roofers have gone to lunch, and he is alone.  He has a need, but the obstacle is the ladder that fell over.  What’s he going to do?  Yell, scream, try and find another way down… This roofer’s need motivates him to ACT and over-ride the obstacle.  Obstacles can be prodded by other people or by circumstances.  In the case of the roofer, his circumstance was the obstacle.

As a screenwriter, you have to inject conflict into your script to keep the action moving along so the audience will remain interested.

Conflict is most important when it stands in the way of the protagonists success and/or transformation. In other words, what is trying to keep your hero from succeeding?  The use of conflict and obstacles in a screenplay are immensely important, in fact, dramatic conflict (motivation vs. obstacle) is the very thing that drives the story.  Conflict creates dramatic tension.
Elizabeth English, founder of the Moondance Film Festival in Colorado says, “There are five distinct types of conflict that can be used in screenwriting. Inner or personal conflict, relational conflict, social or local conflict, situational conflict, and universal or cosmic conflict. All five types of conflict can be in a single screenplay, and can involve most, if not all of the characters, interacting with each other and with the protagonist and antagonist(s). Conflict as the central event drives the story and the characters. Conflict in the plot structure breathes life into your story! The audience relates to your protagonist and to the conflicts he or she faces. The patterns of tension resulting from the visible and invisible forces the characters overcome create a believable reality for the film-goer, and increase the film’s impact on that audience.”
There is no doubt that inner conflict is the most difficult to relay on the screen, in-particular of it’s the main conflict in a story.  A great example of this is in the film American Beauty. is the hardest type of conflict to convey successfully in a film, if that’s the central focus of conflict in the story.

Conflict is an essential element in every screenplay, no matter what the genre.  The audience needs to see the protagonist succeed on his or her journey, but part of that success is in his or her ability to overcome every obstacle and to beat continual conflict in the story.
William Shakespeare’s Hamlet is all about internal conflict.  Hamlet is in a war with his conscience and his inner conflict is actually resolved as he is dying, when he realizes that his mother wasn’t a part of planning his father’s death. 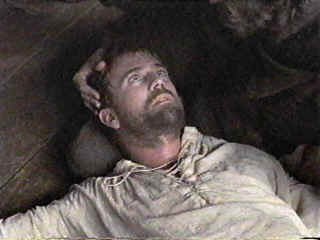 So, as you’re writing your story, REMEMBER  as important as it is to create conflict to move your story along,  so too must you create a main obstacle that your protagonist (hero) will struggle to overcome.
For Screenwriting Coaching & Consultation